Take an enlightening journey through 5,000 years!

This epic production immerses you in stories reaching back to the most distant past. You’ll explore realms even beyond our visible world. Featuring one of the world’s oldest art forms— classical Chinese dance—along with patented scenographical eﬀects and all-original orchestral works, Shen Yun opens a portal to a civilization of enchanting beauty and enlightening wisdom.

Enter a world where philosophers and poets alike sought harmony with the Dao, or “Way,” of the universe; a time when maidens danced with ethereal grace and generals fought with explosive athleticism, where timeless tales of valor and virtue were born, where heaven and earth intersected and miracles came into being.
Shen Yun will be at the Merriam Theater in Philadelphia from February 12 – March 1, 2020.

For more information and to purchase tickets, please click on the link below:

“Absolutely the NO. 1 SHOW in the world—no other company or any style can match this.”
-Kenn Wells, former lead dancer of the English National Ballet

“Five stars! I have reviewed about 4,000 shows since 1942, none can compare to what I saw tonight.”
—Richard Connema, Broadway critic

“There is a massive power in this that can embrace the world. It brings great hope… It is truly a touch of heaven.”
—Daniel Herman, former Minister of Culture of the Czech Republic

“I was uplifted; I was filled with hope… The world is a better place because of Shen Yun.”
—Richard Swett, former U.S. Congressman

“Everything was larger than life.  It’s one of the happiest evenings of my life. All my cares just disappeared, and I became one hundred percent positive thinking.”
—Nancy Brock, former actress, associate producer

“I encourage everyone to see and all of us to learn from.”
—Donna Karan, creator of DKNY (New York)

“Go see it to believe it, because otherwise, you are going to miss the most important thing in your life.”
—Joe Heard, former white house photographer who watched Shen Yun 5 times. 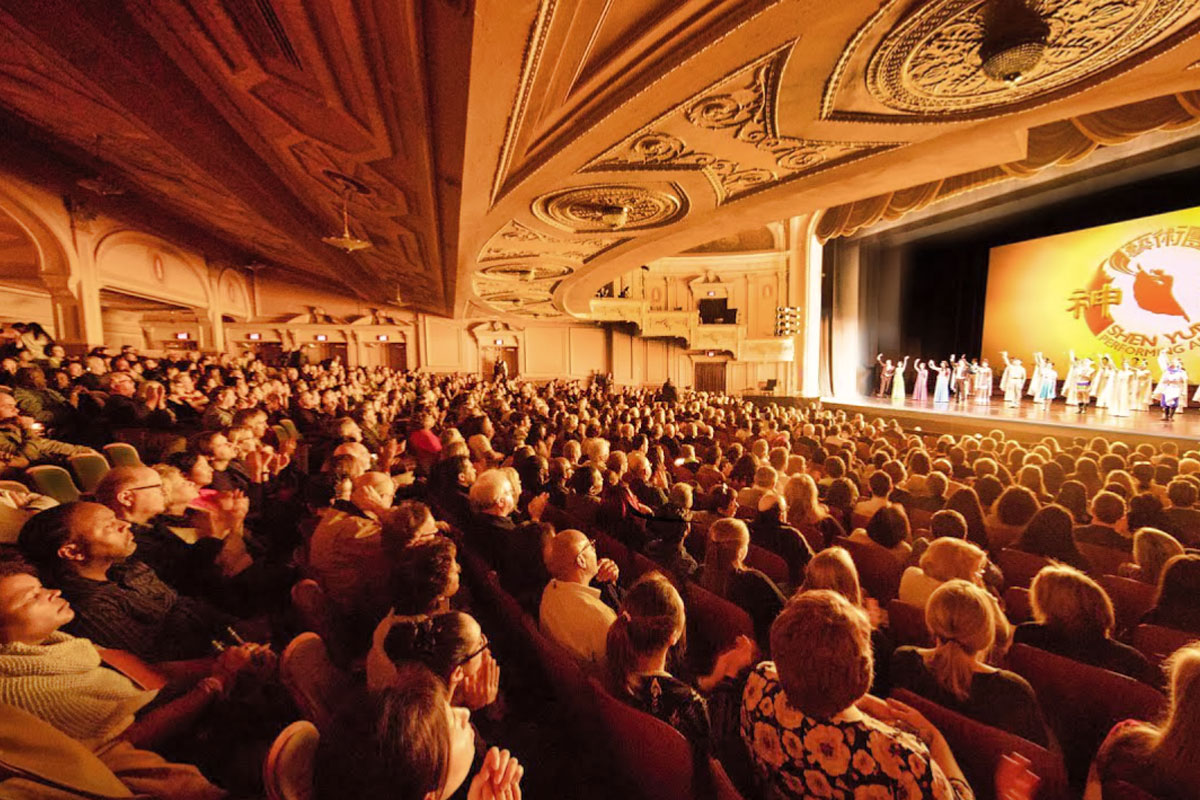